The word IMRAM can mean a ‘voyage of discovery’ and the festival takes its audiences on a magical journey that reveals the depth and diversity of modern literature in Irish, through eclectic and imaginative event programming that fuses poetry, prose and music in lively venues. IMRAM has also featured film, drama, puppetry, debates, lectures, and writing workshops for both adults and children. IMRAM’s core mission is to bring writers and readers – and particularly new readers – together.

IMRAM’s message is positive – and places the Irish language and its literature at the heart of public life within a modern, energetic and multicultural framework. IMRAM also works as a highly effective publicity mechanism that attracts much-needed media attention to Irish language writers and books.

IMRAM has built on its success year-by-year, building audiences, and bringing Irish language literature to the streets of Dublin, in an annual festival that is now an integral part of the city’s cultural life. 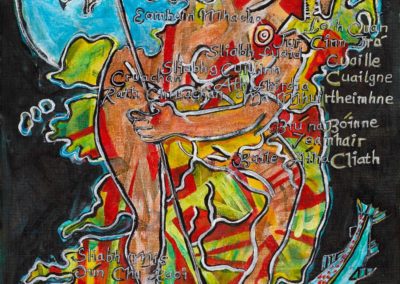 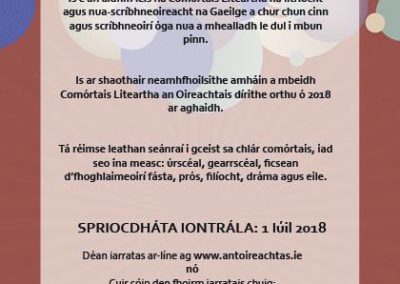 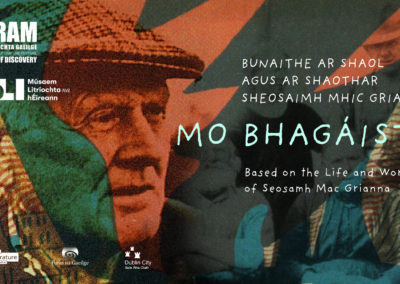 Get Your Ticket Now

You will be taken to Eventbrite